You’ll rarely meet a sweeter couple than George and Linda Major. Married over 50 years, infectiously personable, active in the community and long-time patients at Apple Healthcare. So when they were involved in a motor vehicle accident, we immediately started working with them to make sure they had a speedy and complete car accident recovery.

Hit From Behind By a Distracted Driver

Just before 1 P.M. on April 9th, George and Linda were stopped in traffic on the Henley St. Bridge in downtown Knoxville. Several hundred feet behind them, a car was approaching, fast. The young driver was texting and hit the car behind them hard.

The first car bore the brunt of the impact, and transferred some of that force to George and Linda’s Toyota pickup. They, in turn, were flung forward into the car in front of them.

As the airbag dust settled, both felt very fortunate to not be hurting worse. Linda knew her finger and toe hurt, and George was bleeding slightly, but all told, they were not in extreme pain given the severity of the accident. However, they made sure to contact their personal injury lawyer immediately after this unfortunate event took place to see if they could make a claim for the compensation. After all, the first driver that crashed into the car in front of him was distracted, and he could have caused so much more harm. It was likely that they’d get some compensation at least, given that the difference between bodily injury and personal injury (you can head to head to Tom Fowler Law to learn more) could work in their favor for the claim post the accident.

Within 48 hours, the physical trauma of the accident began to set in. George, normally limber and energetic, could only get off the couch in slow motion and with great agony. A couple weeks later, Linda’s neck began feeling the effects of the crash. What started out as soreness developed into debilitating headaches, nausea and vomiting.

Thankfully, they had recently looked at auto owners insurance reviews and had taken out a policy that covered this type of accident. So, they didn’t need to worry about costly medical bills.

Dr. Bradley Gipson started work right away on Linda’s toe, and Dr. Cole Hosenfeld made sure they both had frequent adjustments and therapy to reduce pain and restore range of motion.

Injury pain can sometimes take a while to fully go away, but their symptoms are far less frequent and severe as they were a few months ago.

Linda is takes it all in stride.

“They don’t have a magic wand, but nobody will try harder than these people,” she says.

Car Accident Recovery – Back to an Active Life

George and Linda have been active their whole lives. George started his career unloading mail from trains for the U.S. Postal Service, and ended up as the postmaster of Oneida, TN. He was also a runner and both of them rode horses in long-distance races of up to 50 miles.

These days, they’re taking it a little slower, but the maintenance of their 70-acre property and regular walks give them the health and energy to keep an active schedule.

George, who just turned 75 years old, is back to walking and splitting downed trees for firewood. He has a tradition of walking a mile for every decade, and he recently completed 84 laps ( 7.5 miles) at the Tennova North gym! Linda favors the water, and regularly spends time in the pool.

We Can Help You

If you’ve been in a car accident, we want help you heal quickly and completely! Our multi-specialty team of providers is ready to help you. Medical treatment from car accidents can often be done on lien, with the car insurance company bearing most of the cost. Contact us for more information! 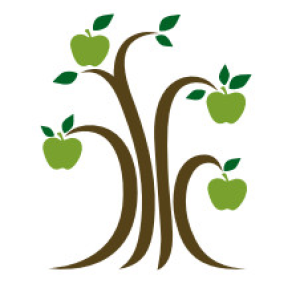 Apple Healthcare is a multi-specialty regenerative medical practice in Knoxville, TN.
All Posts